U.S. Marine Lt. Jack Treptow age 25 who is part of Alpha Company of the 24th Marine Expeditionary Unit (MEU) Battle Landing Team (BLT) 1/6, after a patrol in Garmsir District, Helmand Province, Afghanistan at Forward Operating Base Apache North. Located in Southern Helmand Province, Garmsir has been a haven for insurgents for the last several years. Earlier this year the Marines cleared the area after a period of heavy fighting. Jack is from Homewood IL and he has also done a tour of Iraq in addition to this tour. 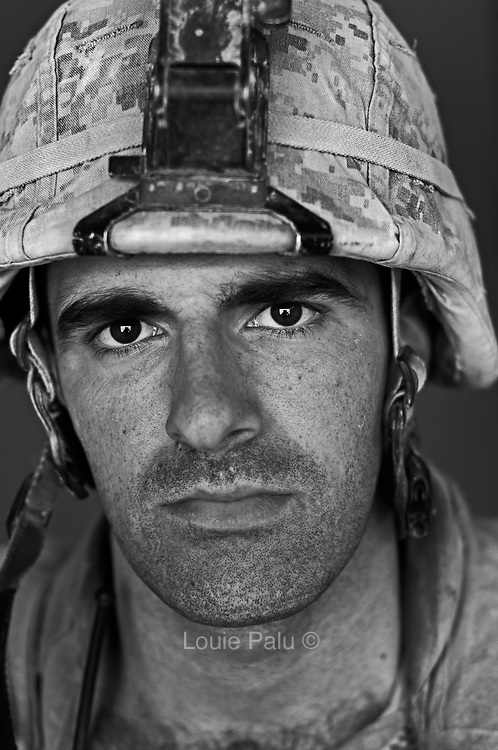