Oct 02, 2007 - Guantanamo Bay, Cuba - Members of the U.S. military stand by one of several gates one must enter to Camp 1 at the Guantanamo Bay detention facility. The U.S. Government is currently holding approximately 340 "enemy combatants" in Guantanamo Bay, Cuba. They were captured during the "Global War on Terrorism" after the attacks on the United States on September 11, 2001. This photo was reviewed by a U.S. Military official before transmission..(Credit Image: © Louie Palu/ZUMA Press) 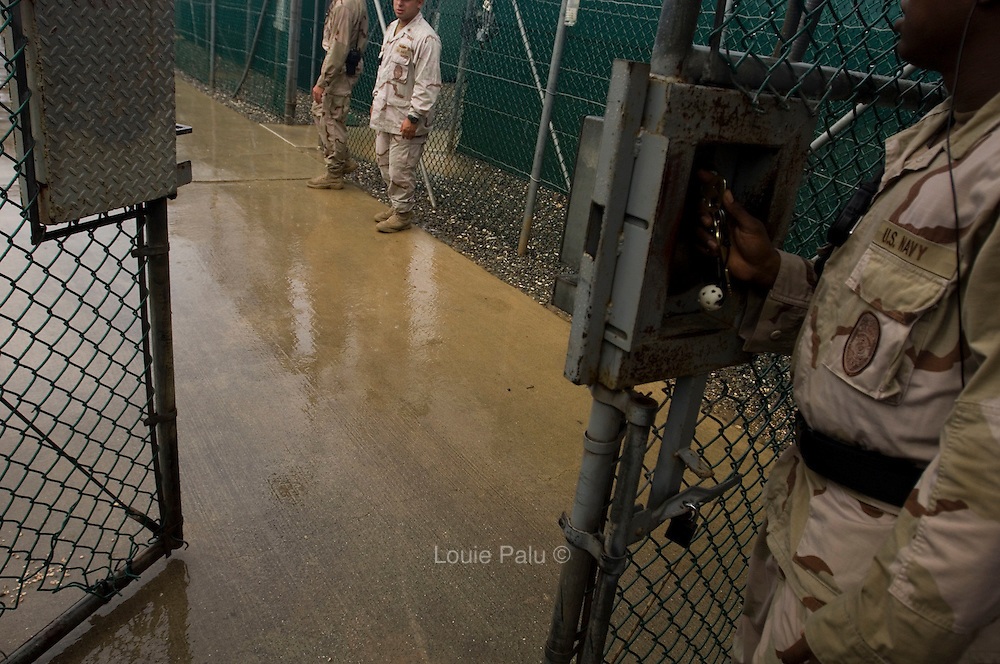