Afghan civilians stand by a wall covered in graffiti depicting machine guns and two anti-colaition slogans in Pashto saying "Death for London" and Death for America" in an area recently pacified and secured by the US Marines from the 24th Marine Expeditionary Unit (MEU) and British Forces in Garmsir District, Helmand Province, Afghanistan. Garmsir has been a haven for insurgents for the last several years. Earlier this year the Marines cleared the area after a period of heavy fighting and recently handed over control to British Forces. 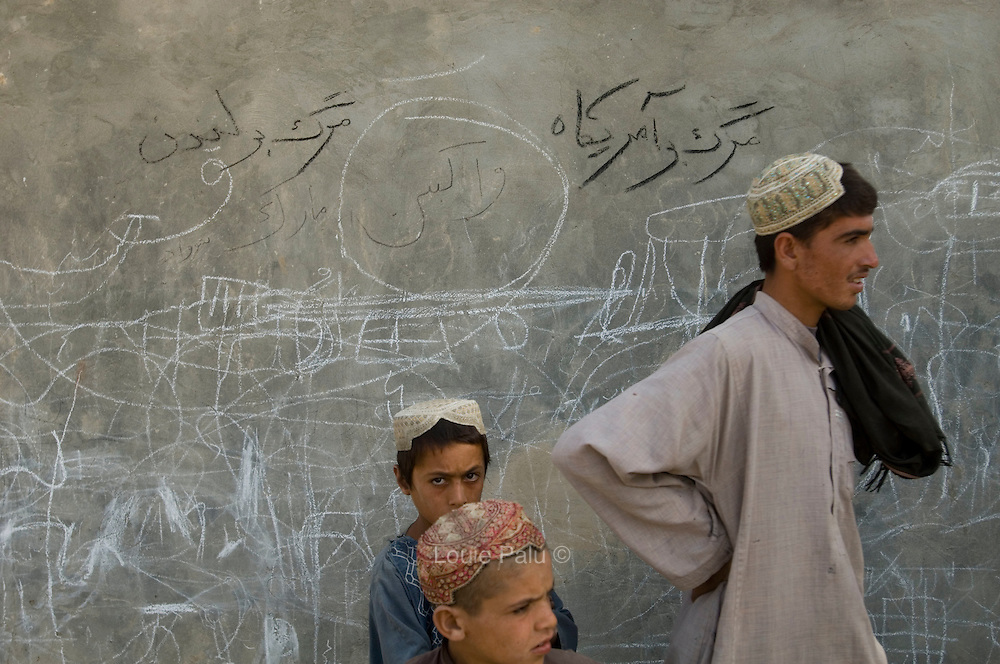