Jul 11, 2008 - Zhari District, Kandahar Province, Afghanistan - Under fire a frightened and stunned Afghan machine gunner asks a Canadian Soldier how they could defeat the Taliban after a long and heavy fire fight near "Contact Corner" by "Taliban Road" in the Spin Pir area of Zhari District, Afghanistan. This area is located within several km of what is believed to be the birthplace of the Taliban lead by Mullah Omar..(Credit Image: © Louie Palu/ZUMA Press) 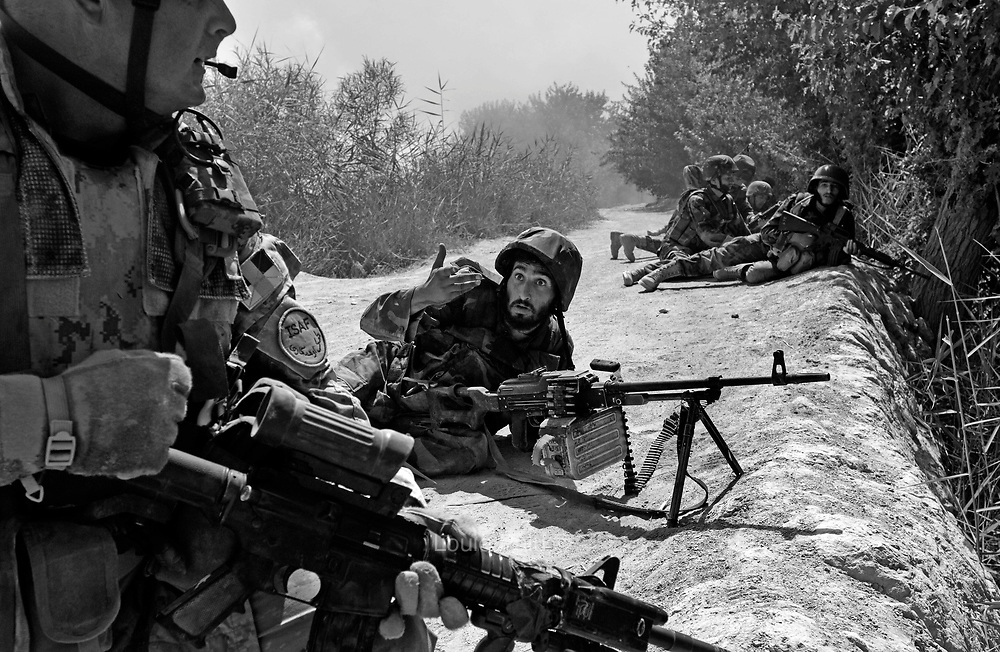