A soldier from the Afghan National Army (ANA) searches a civilian in a compound also searched by Canadian soldiers which is suspected of harboring insurgents during Operation Matawarkawel Sheppa in the Pashmul area in Zhari District located west of Kandahar City, Afghanistan. The operation was a Canadian lead effort in coordination with the Afghan National Army (ANA) and Royal Gurkha Rifles from the British Army. The Pashmul area has become well known for frequent insurgent activity and attacks on coalition forces. 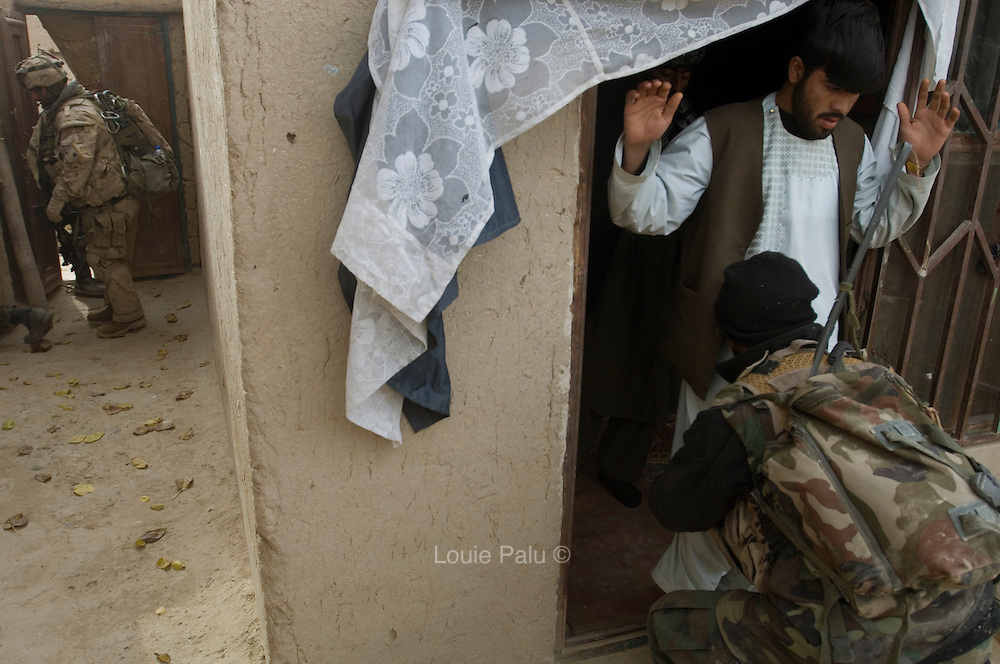