Afghan and Canadians in Combat

Nov 26, 2007 - Zhari-Panjwai District, Kandahar, Afghanistan - A soldier from the Afghan National Army (ANA) pets an abandoned horse on the front lines in the Howz-E-Madad area during a break in fighting with Taliban insurgents in a joint operation with Canadian Forces in the Zhari District of Afghanistan which along with nearby Panjwai are the most volatile areas in the country and the scene of heavy fighting with Taliban insurgents, which has become the site of the largest land battles in NATO's history..The Canadian Press Images/Louie Palu. 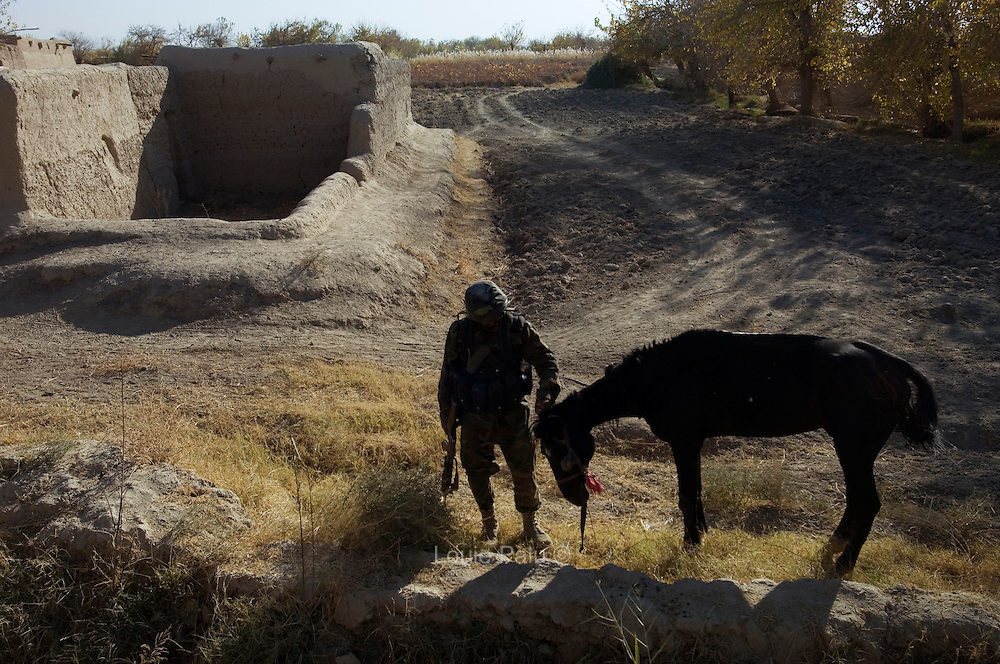