An Afghan National Army soldier lays in his bed beside his assault rifle, bread, tea and a small Christmas tree during the morning on the second day of EID while taking a break from the fighting to celebrate the second EID also known as the Festival of Sacrifice at a Forward Operating Base on the front lines in Zhari District located west of Kandahar City, Afghanistan. Many of the Afghan soldiers serving with Canadian Troops considered EID like their form of Christmas. There are two celebrations of EID during the second it is common to sacrifice an animal, which is to commemorate and celebrate the sacrifice of the Prophet Abraham also known as Ibrahim.
© Louie Palu/ZUMA Press/New America Foundation

Filename
palu_007.jpg
Copyright
© 2007 by Louie Palu.FOR EDITORIAL USE ONLY. ANY OTHER USAGE REQUIRES PERMISSION FROM THE PHOTOGRAPHER.
Image Size
3600x2391 / 1.2MB
ZSELECT 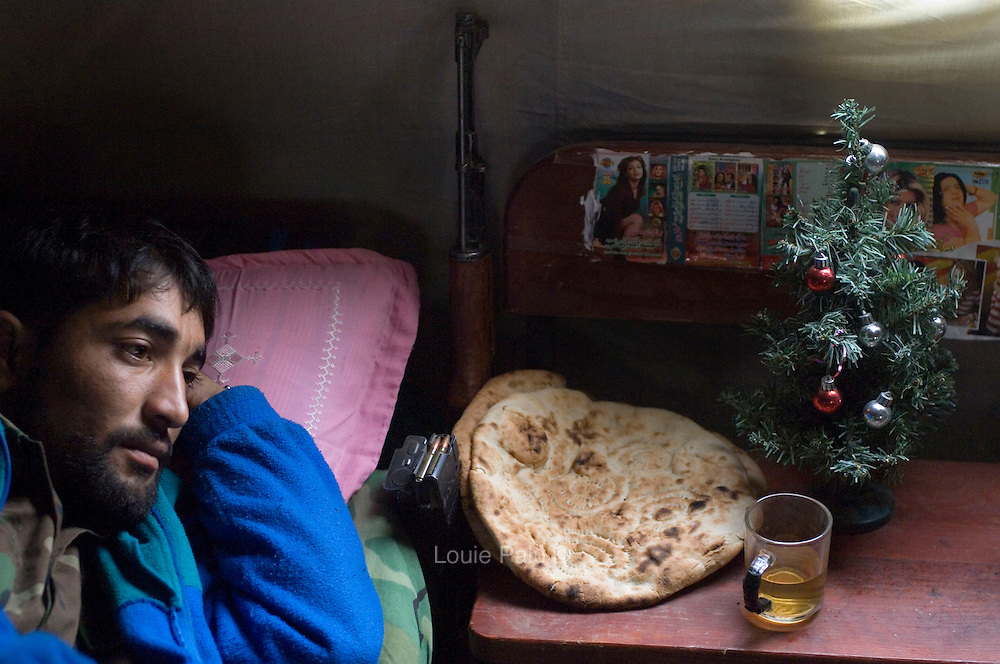