Canadian medics at a Canadian Forward Operating Base are seen standing on a blood stained floor while treating four Afghan civilians one of which later died from his wounds after they suffered injuries from an apparent improvised Explosive Device (IED) in Zhari District Afghanistan. Zhari and the adjacent Panjwai District have been the most volatile area of Afghanistan over the past two years and the site of NATO's largest ever land battle. Soldiers felt that the civilians injuries seemed more associated with an accident from setting an IED than stumbling across one.
© Louie Palu/ZUMA Press/New America Foundation

Filename
palu_004.jpg
Copyright
© 2007 by Louie Palu.FOR EDITORIAL USE ONLY. ANY OTHER USAGE REQUIRES PERMISSION FROM THE PHOTOGRAPHER.
Image Size
3600x2391 / 2.1MB 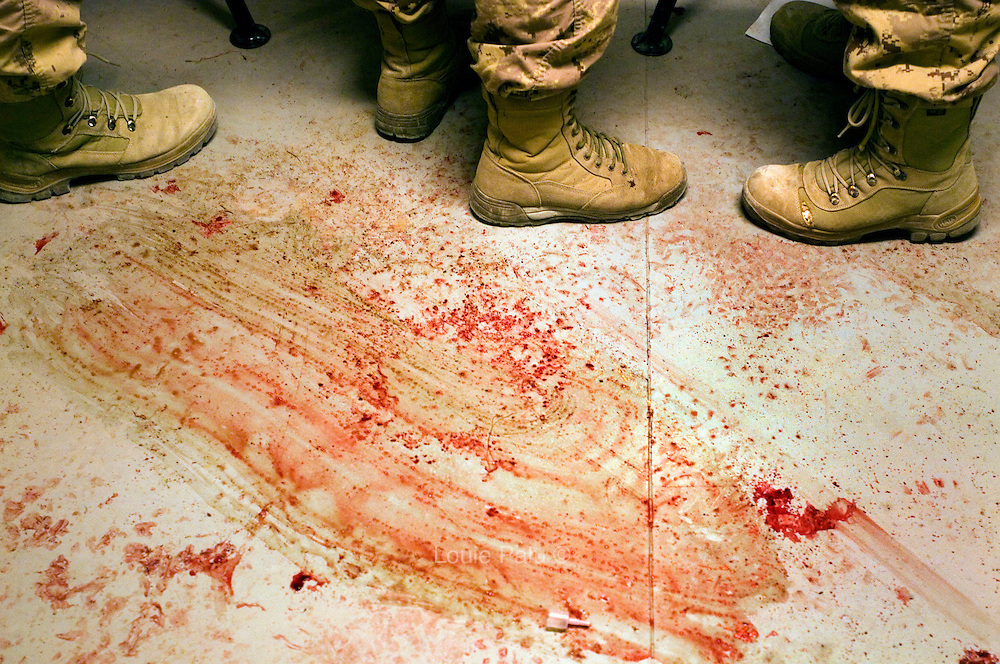