Jul 30, 2008 - Zhari District, Kandahar Province, Afghanistan - An Afghan National Police (ANP) Officer at a Police station with fellow officers watch as he unties the bound feet of a comrade who was executed by the Taliban. The 19-year old police officer was abducted by insurgents along with a fellow officer in Zhari District, paraded through a village shot in the face and neck and hung. The ANP are the primary target of insurgents and sustain thousands of casualties per year. To date over 500 Afghan Police have been killed this year with over 900 killed in 2007..(Credit Image: © Louie Palu/ZUMA Press) 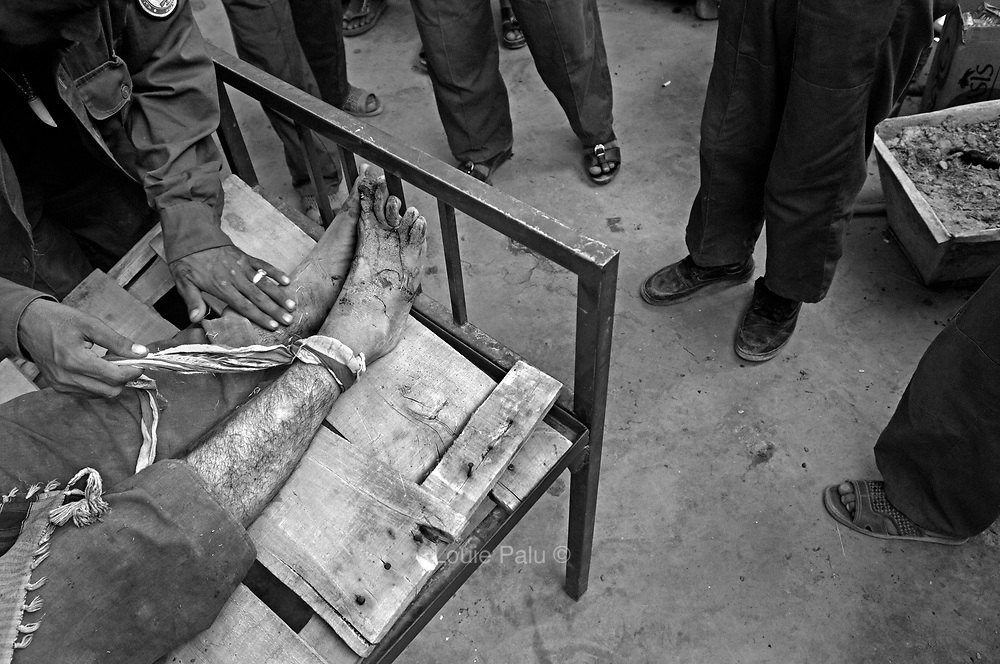